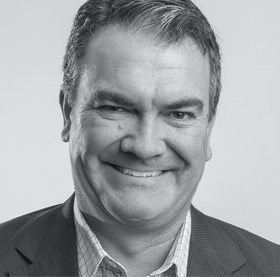 Brett has 25 years’ experience delivering projects in the property, building and construction industry in Australia and Asia, with a particular focus on community and social infrastructure projects specialising in health care and education.

While working for the Queensland Government, Brett led the delivery of agency capital works programs including the Department of Education and Training and the Department of Emergency Services. This included his role as Program Director for the Preparatory Year of Schooling program, which delivered new facilities at 470 public schools across Queensland. As Project Manager, Brett delivered a range of community facilities including the 500-bed Maryborough Correctional Centre, the Moore Park State School (the first public sector comparator for future schools’ PPP delivery), and a number of primary and community health centres across Cape York and the Torres Strait.

As Contracts Advisor for building contractor PT PP (Persero) in Indonesia, Brett was part of the leadership team on a number of internationally funded projects including the World Trade Centre 2 commercial office tower in Jakarta and the Pejaten Shopping Mall in South Jakarta.

Brett has led Ranbury’s growth into hospital redevelopment projects, including delivering a number of major projects across Queensland in Caloundra, Nambour, Mackay, Rockhampton and Cairns.

Brett is a graduate of the Queensland University of Technology.