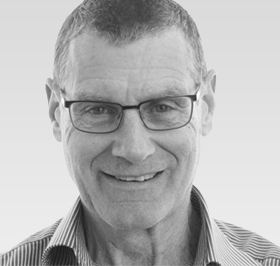 Tony has over 40 years’ experience in the property industry working in both the private and public sectors in a number of different roles, including several senior positions with the Commonwealth and State Governments.

As well as managing a number of large scale government property and development initiatives, Tony has been responsible for delivering property related capital works programs for many years,  giving him excellent program and project management skills. He also has significant experience in complex negotiations across a broad spectrum of property projects and spanning most market sectors. Tony coordinates and manages multidisciplinary teams of property professionals, solicitors, valuers, town planners and engineering personnel to ensure excellent project outcomes are achieved for his clients.

Due to his senior government roles Tony is keenly aware of political sensitivities, and he also has highly developed people and communication skills.

Tony joined Ranbury in 2008 and has worked on many significant projects for clients including Department of Housing and Public Works, Aurizon, Queensland Rail, Unitywater and many local authorities from Cairns to Toowoomba. Some of his notable projects include Head of the Property Development Advisory team for Redevelopment of the Coopers Plains Precinct for Department of Housing and Public Works, an ongoing project which is one of the largest urban regeneration initiatives in Queensland.  Spanning over 10 hectares it will ultimately generate approximately 1100 new dwellings, vibrant open spaces and a local retail precinct. Some 15% of the new residences will be aimed at  the affordable housing market, including first home buyers.  The project is scheduled for completion in approximately 2024.

Tony was also Development Manager for Queensland Rail and Aurizon for the Townsville North Rail Yards redevelopment, a long term, 13 hectare residential and commercial project in the heart of the Townsville CBD, which was initially delivered in partnership with the private sector.  The Railyards, one of Townsville’s most historic sites, was heavily contaminated and its many large buildings left derelict for many years when the project commenced in 2004.  Over the next nine years the bulk of the area was transformed into a series of new high-rise residential precincts interspersed with commercial accommodation, retail spaces and an interpretive walkway celebrating the history of rail in North Queensland.  The last piece of the site was sold to Townsville City Council in 2013.

Another notable role that Tony carried out was Project Director for the Rockhampton Riverbank Project.  This project was delivered and capital funded by the State, but with ongoing maintenance being the responsibility of the Rockhampton City Council.  Passing through culturally significant reserves, the project provided a walkway linking the CBD riverfront with sporting and community facilities to the west, as well to the northern riverbank.  It was designed in collaboration with many community groups and in consultation with several State Government organisations and the Council, as well as the traditional owners.  Tony’s considerable stakeholder management skills were critical to the successful delivery of this project.

Tony was also Project Director for the conversion of the heritage listed and culturally significant Lady Bowen Building in Brisbane for social housing purposes.

Tony started his career as a property clerk for the Commonwealth Department of Services and Property in 1973, and spent 15 years “learning the ropes” about property.  He then obtained his Real Estate Agent’s licence and worked in the private sector for 10 years, followed by another 10 years as head of the Property Services Division and Director of the Housing Portfolio for the State Department of Public Works.