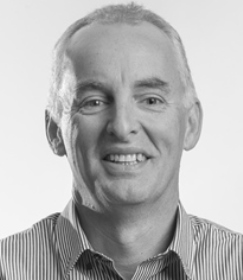 Gareth has over 30 years’ commercial experience of delivering projects across the infrastructure, oil & gas and building sectors in Australia, the UK and Asia.  He has a particular focus on rail infrastructure projects specialising in both heavy freight rail, light rail and commuter rail systems.

Gareth’s Project Director roles include leadership of quantity surveying and estimating teams in the delivery of major business cases for the likes of ARTC’s Melbourne to Brisbane Inland Rail project, the Sydney Rail Futures program of projects, signalling and communications systems on the Regional Rail project in Melbourne and the initial business case estimates for the Moreton Bay Rail Link and Gold Coast Rapid Transit in South East Queensland.

While working in Australia, Gareth has performed the Independent Estimator role on many of the Alliances undertaken in Queensland including the TrackStar Alliance, the Horizon Alliance and the TrackPower Alliance on behalf of Queensland Rail.

Gareth has also been the Project Director responsible for commercial teams seconded into the Santos GLNG and QCLNG project teams.

Gareth led his previous company’s growth into the rail sector across Australia working on projects in Brisbane, Melbourne, New South Wales and Adelaide. He has a specific ability within the rail systems sectors including signalling, overhead wire systems, power  systems and track.

Prior to moving to Australia, Gareth commenced his Quantity Surveyor career in the UK with another global consultancy organisation, Franklin + Andrews (F+A).   Joining F+A after completion of his degree course, Gareth had the opportunity to live and work in the UK and Asia where he gained experience of managing teams within the UK, and across various Asian countries, for a broad spectrum of clients and sectors.

Gareth is a graduate of Leeds Metropolitan University.